Who is Hussain Charity Gives Homeless End of Ramadan Dinner 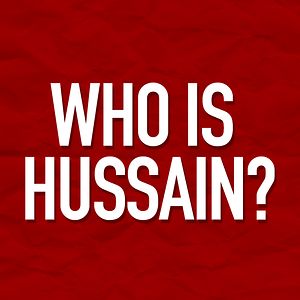 Homeless people in Birmingham have been given a gala dinner organised by a local Muslim charity.

The Who is Hussain charity staged the dinner to mark the end of Ramadan.
One hundred and fifty homeless people were at the meal, which was also attended by the Lord Mayor.
Afroze Merchant, from the charity, said: “Everyone deserves to feel that someone cares for them, and respects the challenges and hardships they are facing in life.”
He said the charity was engaging with the local homeless community to understand how it can target its support in the future.
‘Crucial public health issue’
“We want to stand in solidarity with the local homeless community and people that truly care,” he added.
Becky Mitchell, from The Big Issue, said: “This is fantastic way for local Muslims to celebrate the end of Ramadan and raises awareness of the plight of local homeless people.”
In March, homelessness was indentified as a “crucial public health issue” by the incoming director of public health for Birmingham, Dr Adrian Phillips.
Birmingham had 3,918 people accepted as homeless in 2011-12, compared with 3,957 the previous year, according to the city council.
—-
Source: BBC