Why does everyone think they are an expert of Islam? 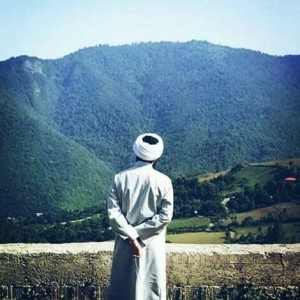 Why is it that in all sciences and fields of studies takhassus is respected, but in religion everyone is an expert.

Because someone prays and fasts, does it automatically qualify them to voice their opinion in intrinsic matters of religion?

This is the typical scenario:

If he/she isnt that educated, they say: Dude, I dont think so, it cant be haram mate, that’s not wat Islam says, that dont make sense cuz, not everything is black and white.

If they are uni grads, intelligent and smart, they say: While extrapolating the rematerialisation of the hegemonic force within the rational faculty of my contingent existence along with the carbohydrate ovaloids affecting my glands perpetuating what I contemplate on, I conclude that in the humble abode of my conscious mind the other way of looking at it is….

We no longer respect qualifications in affairs of religion.

Just because you eat honey, doesn’t mean you are also a beekeeper.

A sick person goes to a doctor, not to a carpenter.

You will never go to a doctor whose licence has been revoked, for whatever reason.

You want consultation on legal issues, you dont go to Flemington markets.

You got a degree, or you’ve done a few hawzah classes here and there, read a few books, have a list of fans, gets famous, have a sweet tongue and lots of time on your hands, then you poke your nose in absolutely everything.
A recipe for disaster.

In many cases these people no longer know their boundaries and starts commenting and saying things way above their league.

This has become a widespread phenomena, and it is turning into a culture. Majority have also succumbed to accepting it as being ok. It is very dangerous, and we all have a collective duty to raise awareness about this.

There are many people with talents, ma shaa Allah. That’s very good, but keep to your limits. Dont go beyond that. Dont get tempted to say things at the cost of gaining fame, that you will then later regret.

I am not saying that religion is a monopoly, but each person must know at what level they can talk, whether they be Hawzah students in their first years of study, or Uni students, or anyone else. Even in the qualification of religious studies there are different fields of expertise. Each ‘ilm has its own independent area of study and qualification.

If we respect all other qualifications and specialisations, then should it not be more important for us to take utmost caution in affairs of our religion?

Some say: Here we go again. The ‘you don’t have a right to give an opinion’ argument. At the end of the day you have your view, and I have mine..

Who is responsible to convey teachings of Islam to others?

Anyone who is a Muslim?

Anyone with an ability to eloquently express themselves?

Or qualified experts in each particular field?

Whether you are a layman or highly educated, know your limits.

Ultimately, our Ulama are the heirs of our Anbiya, as the Prophet (s.a.w.) has said. Adhering to them as being qualified experts is not only the most rational thing to do, it will also keep us safe from going astray.