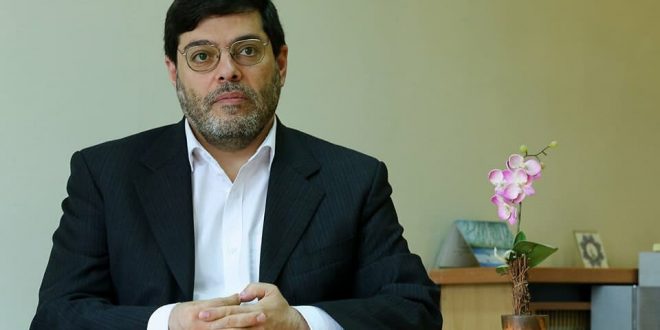 Why the US isn’t to be trusted

There’s a method to Trump’s madness, some Iranians believe – while others see little actual methodology involved in his decision-making process. Before the age of Trump, the conversation in Tehran about relations with the West has almost always involved debate on two key questions: U.S. trustworthiness and EU significance.

The longstanding and prevailing view has been that the United States is politically dishonest and the European Union is inconsequential. During the 2013 election campaign of President Hassan Rouhani, this assessment of the U.S. was publicly challenged while the consensus about the Europeans remained unchanged.

President Rouhani believed that the European Union did not have the capacity, or at least the will, to act as a global player. After all, he spent a considerable amount of time leading nuclear negotiations with Germany, France, and the United Kingdom and concluded that these three countries were ineffectual and that Iran needed to negotiate with the United States for substantive results.

After lengthy deliberations in Tehran, where advocates of direct negotiations insisted that the U.S. had decided to change policy and accept Iran’s full legal right to a peaceful nuclear program, direct U.S.-Iran talks were scheduled.

Despite deep skepticism about U.S. reliability and intentions, the Iranians decided to put their assessment of the Americans to the test. Before the 2013 Iranian presidential election, they accepted a U.S. proposal for secret and direct negotiations in Oman.

Further proof that the stars were aligned was that Iran’s former ambassador to the United Nations, Dr Javad Zarif, a veteran diplomat with substantial experience dealing with U.S. politicians, think tanks and media, was to lead these negotiations after President Rouhani’s inauguration.

In order to open a new chapter in Iran-U.S. relations, Rouhani and his political backers were willing to make significant concessions to close a nuclear deal. The individual in this camp who was probably the most cautious about conceding too much was the foreign minister himself. Meanwhile, those who passionately opposed the deal warned about past experiences, relentlessly reminding the government and the public of the U.S. history of deceptiveness.

After all, they had decades of experience with U.S. “promises” since the 1981 Algiers Accords in which the U.S. committed itself to no longer intervene politically or militarily in the internal affairs of Iran.

Almost from the onset, the Americans repeatedly and flagrantly violated the agreement – through “crippling sanctions”, funding terrorist organizations, downing an Iranian civilian airliner, destroying Iranian oil facilities, aiding Saddam Hussein in his use of chemical munitions and providing him with political cover during his devastating eight-year war with Iran.

Still, the Iranians persisted in extending opportunities for goodwill. After the Iran-Iraq war ended, for instance, Iran gave a major oilfield to the U.S. Conoco oil company to develop. Despite the U.S. government being kept abreast of developments during four years of Iranian negotiations with the energy company, Washington blocked the deal immediately after an agreement was reached.

In the aftermath of terror attacks on September 11, Iran negotiated and cooperated with the United States over Afghanistan, only to be labeled a part of an “axis of evil.” Under Obama, the United States imposed “crippling sanctions,” punishing ordinary Iranians and killing thousands of people who were unable to obtain live-saving pharmaceuticals until Iran was able to find ways to bypass the sanctions.

Today, due to years of experience and the very recent global shift in balance of power, Iran is much better prepared and positioned to deal with sanctions

It armed Iran’s adversaries to the teeth, unleashed armies of Takfiri militants inside Iran’s geographical “strategic depth,” and deployed the world’s most potent weapons systems on Iran’s borders.

Those aggressions are okay, but Trump has a problem with “Death to America” slogans? Is the widespread desire of ordinary Iranians to end U.S. arrogance, duplicity and hegemony that difficult for The Donald to grasp?

Despite his skepticism about U.S. sincerity, Ayatollah Khamenei gave the go-ahead for President Rouhani to pursue nuclear negotiations, stating publicly that if the United States demonstrates good will other issues could subsequently be discussed.

As expected, the opposite happened. While the Iranian side angered its domestic critics by exercising significant flexibility, the U.S. administration began violating the spirit and letter of the agreement almost immediately after it was announced.

An ugly visa restriction law and the Iran Sanctions Act were passed under Obama, more individuals and companies were sanctioned, but most importantly, behind closed doors, the U.S. was warning banks, financial institutions, insurance companies and others not to do business with Iran – in clear violation of Articles 26 and 29 of the agreement.

The Iranians, meanwhile, not only complied with every expectation of the agreement, in certain instances they beat the clock in delivering their commitments.

Under Trump, the collapse of the JCPOA gained pace and reached a stage where most Iranians believe it to be dead. Over almost three years, they have seen few tangible results from halting their peaceful nuclear program and meeting every one of their obligations.

Iranians believe that as the U.S. exits the agreement, the U.S. government will be seen by the international community as irresponsible, unreliable and aggressive. In contrast, by delaying its own exit for a few weeks to explore EU spine-growth capabilities, Iran will be vindicated further.

As they were vindicated when incoming U.S. Secretary of State Mike Pompeo admitted to the Senate Foreign Relations Committee that Iran was not moving towards building a nuclear weapon even before the nuclear deal – unwittingly destroying a 15-year-old dishonest U.S. narrative.

France’s Emmanuel Macron and Germany’s Angela Merkel will also be viewed as damaged goods for persistently attempting to appease Trump and receiving nothing whatsoever in return. The EU is increasingly seen as ineffectual if not irrelevant, thus creating a greater incentive for Iran to pivot to China and Russia, both economically and politically.

Ironically, this comes as Russia and China are facing similar hostility and pressure, and as a result, have reached similar conclusions.

Today, due to years of experience and the very recent global shift in balance of power, Iran is much better prepared and positioned to deal with sanctions. Unlike a decade ago, it has powerful regional allies and its relationships with rising non-western powers have evolved significantly.

If western countries shut their doors, there are other doors opening to Iran and the ultimate biggest loser in this process will be the U.S., a weak and submissive Europe, and their erratic regional client regimes. The choice is theirs to make.

*Seyed Mohammad Marandi is a professor of English Literature and Orientalism at the University of Tehran. 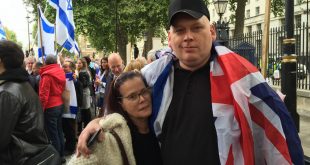 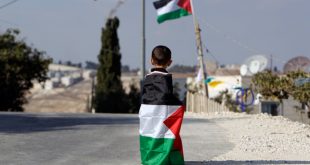 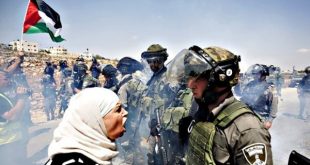 Let’s talk Palestine! The past has become an obstacle in the eyes of the so-called …